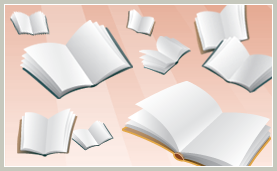 Publishing, if you listen to the media, blogs, or internet forums, is a dying business. The truth is another matter.

For many years the book industry has been tracked by two separate organizations: the Book Industry Study Group (BISG) and the American Association of Publishers (AAP). I happen to have reporting going all the way back to 1982 in my office. For a long time, the organizations used very different methodologies to arrive at the total yearly sales volume for print and eBooks combined. Their numbers never came close to matching, which created a credibility problem.

In 2009, the two organizations decided to combine forces into a service called BookStats, which has happily resulted in much more accurate and reliable numbers for our industry. The numbers for 2011 were just released this month, and we thought you might be interested in an overview of how the trade book industry (as distinct from textbooks and professional books) is developing.

The only downside of the birth of BookStats is that because of the change in methodology, we’ve lost the ability to compare the new data to any data from before 2008 (which also happens to be the year that eBooks started to take off). Still, the past four years provide an interesting picture:

Note that in a “dying” business, both units and dollars were up in 2011! The most remarkable takeaway from this report is just how stable the top line of this industry has been, even in the midst of a digital upheaval and against the background of the 2011 Borders bankruptcy. The book business looks particularly favorable in comparison to the music industry, whose net revenue shrank rather dramatically, and rather quickly, in the face of digital conversion.

The future? Who can say? But, whatever market gyrations take place in the next few years, it is important to keep in mind that we are moving forward from an incredibly stable base. So far, so good.

Two years ago, amid myriad speculations in the media, on blogs, and in internet forums about the looming death of the book business, we were happily surprised to find that these speculations...