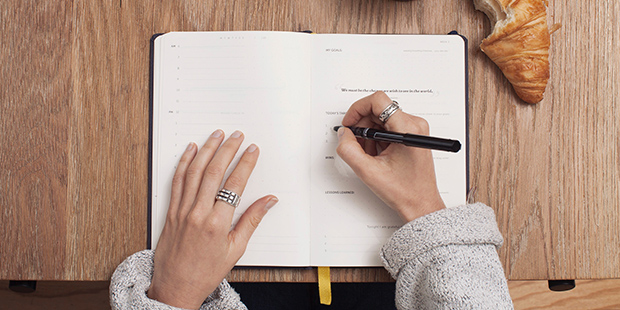 For fiction writers, a critical part of building the world for your main character is introducing other interesting, authentic characters. In this article, our editors provide tips to strengthen supporting characters.

Think about the time and energy you put into building your main character: planning out her ideals, her interests, filling out a character profile, and/or building a character arc over the course of your novel.

See if you can do that for each of your supporting characters. How does each one grow throughout the course of your manuscript? What does each want? How will she get it? Could any of them be the main character of his own book?

Everything doesn’t have to be shown in the story, of course, but if you have a better idea of the character in your mind, he’ll seem more “real” to the reader.

2.      Give them morals and ideals that challenge the main character.

All of your characters most likely don’t agree on every page—as authors know, conflict is a key component of any story. But instead of focusing on conflict purely in reaction to the main character’s beliefs, dig into why the other character thinks differently. Is it an event from his past, or how she was raised? Answering these questions will build a fuller supporting character without turning her into a cliché.

3.      Make their dialogue distinct from the styles of both the main character and the other characters.

Once you’ve got a good idea of a character’s background, it’s time to think about dialogue. It’s common for groups of friends or family to speak similarly, but even those in the same family can have vastly different vocabularies, based on a variety of factors.

As freelance editor and YouTuber Ellen Brock explains, it’s important to consider five key elements in constructing dialogue style for characters: their upbringing, their education level, their career, their worldview, and their generation. (Watch the video for more information about each element.)

In later drafts, it can be a great revision technique to edit all of one character’s scenes or dialogue at the same time. This will keep you in each character’s voice and help you refine what makes his dialogue unique.

This is a common (and easy!) tip that’s especially helpful in early drafts. Once you know more about the characters, give each one a defining characteristic. Examples of this could range from the frivolous (always hiccups when she talks) to the more significant (visibly struggles with mental illness, like depression or anxiety). Giving your characters traits that belong only to them, especially ones that are contrary to existing clichés, will strengthen them and help them stand out in the reader’s mind.

In early drafts, it’s common to have a fully fleshed out main character, while supporting characters simply exist in the background. The defining characteristics suggested above help readers keep track of the (sometimes many) characters in a manuscript, but authors still need to pull together all the tips in this article to make them stand out on the page.

Just as you might construct a beat to add detail to the world or the conflict, do the same for the supporting characters. Adding small bits of detail consistently throughout the manuscript will result in vivid, dynamic characters who could even stand alone in the story. (Perhaps in the sequel…)

6.      Don’t be afraid to combine characters or cut them altogether.

This is certainly the biggest challenge, but it can also have the most impact. If you’re having a hard time keeping track of your supporting characters in an early draft, that might be a red flag. An easy way to sort it out is to combine characters.

For example, if you have side characters who enter early in the manuscript but disappear abruptly, never to be seen again, you might be able to combine multiple similar characters into one. This works best for background characters who aren’t critical to the story, but can also be effective for larger supporting characters.

And, like anything else in your manuscript, if it isn’t working, don’t be afraid to cut it. It’s hard to say goodbye to any characters, but if you’re getting hung up on their scenes or you believe the pacing slows down whenever they enter the story, it might be time to say goodbye.

From the Editor: Getting Ahead with Revisions

Revisions can be a challenging part of the writing process, but also one full of opportunity. In this delicate stage, authors look at their work from a fresh perspective. But knowing which mistakes...

On Writing: Creating Characters and Maintaining Continuity in Writing

Whether you’re writing fiction or nonfiction, you can become immersed in telling a story and lose sight of details such as character traits, plot, chronology, and more. We asked authors to...