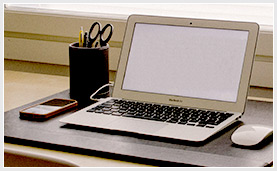 Getting the first sentence on paper can be one of the most difficult challenges a writer faces. Read on for ideas from eight authors on how to kick-start the writing process. These excerpts come from Write Start, a new Biographile series that shares tips, advice, and poignant personal stories from popular fiction and non-fiction authors. (Biographile is Penguin Random House’s site dedicated to biography, memoir, and truth in fiction.)

1. Start in the Middle

If you don’t know where to start, don’t bother deciding right now. The first line of a book is critical—but there’s no rule that says you have to start there. The first words you write might end up being the middle of Chapter Three. That’s perfectly fine. And as you work forward in the story, you’ll get an idea about how to work backward. Once your characters develop and the plot grows in directions you didn’t expect, you may see the perfect scene to start things off with.

From 4 Tips for Breaking the Seal by Andy Weir

2. Start Small and Build Up

You don’t have to set a Chevrolet on fire or have someone murdered on the first page to get the reader’s attention. We’ve all watched a lifetime’s worth of TV and movies that put big and often violent events into the first five minutes as a hook. The assumption is that we have the attention spans of chimpanzees. But hooks are hard to live up to; you can’t stay at that level. Besides, screen culture does violence better than written culture, so leave the big violence to the movies. It’s better to start with a small mystery and build up to a bigger one. The truth about a situation is always big enough to sustain someone’s attention.

From Opening a Story the Right Way by Charles Baxter

I’m not much of a first sentence type of guy, but I am a first paragraph or two sort of guy, and I think those paragraphs are crucial. Early on, I made the mistake of trying to answer questions about a character’s motivation or critical elements of the plot, knowing those were essential, and thinking the earlier they were out, the more the reader would appreciate it. I learned I was answering the wrong question. In the first couple of paragraphs, the reader isn’t asking questions about the characters or plot. He or she’s asking one simple thing:

“Why should I keep reading?”

And that’s what I try to answer in the first two paragraphs.

From That Dreaded First Page by Brad Taylor

4. Commit to a Title Up Front

The title you give a story—whether it ends up being your final title or just a placeholder— is your North Star. If you have a placeholder that doesn’t feel right, you have to ask yourself why it doesn’t feel right. And that too can guide you to where you need to be, because it shows you where you shouldn’t go. So trust your title. If you’re stuck, go back to it. Ask yourself why it’s important. By following what’s important to you, you may just end up with something that will be important to other people. They will see that title and make that subterranean connection. What draws you to the novel is inevitably what draws the reader in. Most of the time we don’t get to choose our own names, but we always choose the names of our stories for a reason.

When I first started writing, I always wrote a synopsis. It allowed me to work out story problems and emotional beats early, and served as a road map. And, from a practical standpoint, publishers required them. But the synopsis had the added benefit of helping to get those words on the page. There is something psychologically freeing about knowing that the problem you are tackling has already been at least somewhat addressed in an outline.

From Getting the Words on the Page by J. Kenner

6. Allow Yourself to Write Badly

The best piece of writing advice anyone ever gave me was “Allow yourself to write badly.” Nothing petrifies a writer more than the pursuit of perfection. You have this idea of a story in your head, glowing and golden and wonderful, and as soon as you try to set it down on the page, it turns into something plodding, gray, and feeble. Disappointment and despair come to sit at your side, shaking their heads at your woeful work. You waste valuable writing time beating yourself up about not producing anything special, so eventually you produce nothing at all.

So what I say is: Just write! Get something down. Later you can tweak and polish and fiddle about as much as you like, but before you can make changes, it’s vital that you at least have something to work with.

From Allow Yourself to Write Badly by P. J. Brackston

7. Make Up the Story as You Go

Don’t feel like you have to have your plot completely worked out before you start. Some of us don’t work like that. In fact, many writers prefer to make up the story as they go along. Plotting is excellent if that’s how you roll, but it’s also perfectly acceptable to sit down and start writing with only a vague idea of what you’re going to write about. With my first novel, Beautiful Malice, I started with the first line, I didn’t go to Alice’s funeral, and took it from there. I didn’t know what was going to happen. I had no idea who Alice was or what she’d done to the narrator. I knew nothing. Writing the book was as much a journey of discovery for me as it was for the reader.

From Get Going with These 6 Tips by Rebecca James

From Do the Opposite by Brock Clarke

As we start a new year, it’s common for authors to set goals and resolutions for their writing. In this article, Penguin Random House editors chime in with New Year’s resolution ideas for...

Denise Williams is a rising star in the literary community. Her relatable, contemporary romance novels, which feature characters of color navigating challenging social issues, are helping to...