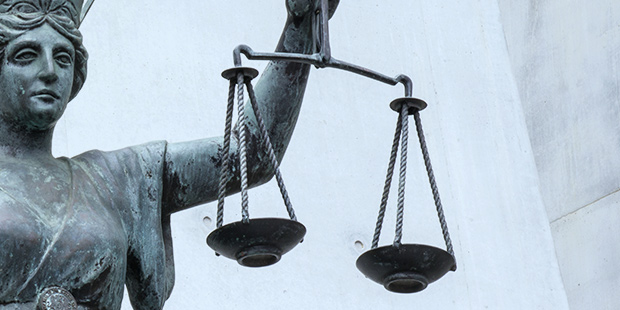 Fair Game: The Four Factors that Define Fair Use

The widespread availability of copyrighted works on the Internet sometimes gives the impression that using or reproducing that material without permission is fair game. But despite its ostensible availability, not all content is free for the taking. Over time, U.S. courts and Congress have developed standards for determining when a use is “fair” and does not infringe copyright.

The fair use doctrine, as codified in Section 107 of the U.S. Copyright Act, sets out the specific conditions under which copyrighted material (text, visual, audio, or audiovisual) may be reproduced without permission from the copyright holder. The doctrine is meant to foster and protect scholarly work, criticism, parody, news reporting, and other similar activities by giving authors the right to comment freely on existing works.

To make a determination of fair use, courts look at the four factors outlined below and weigh the strength of each using complex, case-by-case subjective analysis. Keep reading for suggestions on how to interpret the fair use doctrine—but bear in mind that not only quoting, but also close paraphrasing may give rise to a claim of copyright infringement. When in doubt, please consult with an attorney.

1. The purpose and character of the use

The first factor examines whether the nature of the new use is commercial or nonprofit, and if the use is transformative. Generally speaking, commercial uses (offering material for sale, using it in advertising, or using it to drive traffic to a website, among other similar uses) are considered unfair, while not-for-profit and educational uses enjoy greater freedom. But the lines are not hard and fast: a commercial use may be considered fair if it succeeds on the other three factors, and an educational or noncommercial use could be deemed unfair if it contains a commercial component. (Read more on how photocopying course packs for students was found to be in support of a commercial business.)

Under the first-factor test a court will often also consider whether the new use adds to or somehow “transforms” the original material.  A court will be more likely to find in favor of fair use if the new work contributes something new to the underlying material rather than merely replacing or superseding it. For example, a biographer who adds commentary and analysis to quotations from her subject’s works transforms those quotations from their original expressive nature to an illustrative one that sheds light on the subject’s literary career. If that biographer, however, intersperses her work with the same quotations simply to enliven her text, she fails to alter the purpose and function of the excerpts and could be liable for copyright infringement.

2. The nature of the copyrighted work

Certain characteristics of the copied material may increase or decrease the likelihood of a finding of fair use. Facts themselves are not protected by copyright, as the reproduction of facts and figures supports the dissemination of information to the benefit of the public. However, specific interpretations or explanations of those facts are protected. On the other hand, fictional and other highly creative works are entitled to heightened copyright protection.

Quotations from unpublished works are generally not permitted. Authors are entitled to the first publication or public appearance of each of their works; as a result, unpublished works receive more protection and a use of them is less likely to be found fair. Accordingly, when dealing with unpublished works, authors should exercise great care and use content sparingly. And remember, close paraphrasing, not just quoting, may give rise to a claim of copyright infringement.

3. The amount and substantiality of the portion used

No magic number or percentage determines fair use. Generally speaking, however, less is more: the less that is copied, the more likely a court is to find fair use. As a practical matter, two hundred words from a five-hundred-page book would constitute fair use in most cases. But it is important to remember that a court will consider the aggregate volume of quotations from a single source. It is wise to maintain a record of all quotations used so an author may realize early on if he uses an overabundance from a particular source.

Courts also look at the nature of the material copied and whether it represents the “heart of the work.” If the most memorable, unique, or central elements of a work are copied—even if the portion is very small—the likelihood of qualifying as fair use decreases. Thus, in one famous case a quotation shorter than three hundred words (from a two-hundred-thousand-word manuscript) was found to be an infringement because it contained the book’s most explosive disclosure.

4. The effect of the use on the potential market for or value of the work

The safest way to incorporate copyrighted material into your work is to obtain permission from the copyright holder. (And it is important to note that acknowledging the source does not substitute for permission.) Most publishers streamline the process and make requesting permission simple (you can submit requests for Penguin Random House titles here and here).

Although the fair use doctrine provides us with a roadmap for permissible use, a definitive determination can be made only by a judge. Cases are rarely straightforward and courts are famously unpredictable, so authors should always consult with their publishing teams, including legal counsel, when evaluating fair use.

Emily Condlin works in the legal department and on cross-departmental corporate projects at Penguin Random House.

Publishing in 2016: The Year of Copyright

2016 is poised to be the year of the largest overhaul to copyright law in nearly half a century, as members of Congress, the House Judiciary Committee, and other government agencies undertake...

Why Our Lawyers May Be Among Your Earliest Readers

Some books require an extra step in the publishing process: the legal vet or legal read. For many authors, news that their manuscript has been sent to the legal department can be intimidating,...