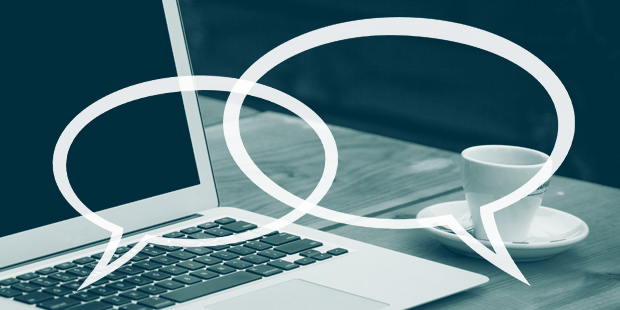 Live Chats and Engaging with Readers

From Reddit AMAs (“Ask Me Anything”) to Periscope, live content is becoming an increasingly popular approach to interaction on the web. Nowadays, it seems every social media platform is making a play in this space. For authors, this can be a valuable (and relatively easy!) way to powerfully engage with readers and fans. Below is a quick roundup of a few opportunities for dipping your toe into the live content pool.

Reddit hosts these live chats on a regular basis, and they are defining features of the platform. (For those of you unfamiliar with Reddit, it’s a community built of topic-based comment threads or SubReddits. Pieces of content are up-voted into prominence or down-voted out of the conversation by the community itself.) There is a SubReddit for almost every subject under the sun. A Reddit AMA is a live conversation with just about anyone (a celebrity, a fly fisherman, an astronaut, etc.). AMA stands for “Ask Me Anything,” and they really mean that—if you sign up for a Reddit AMA, be prepared to answer a wide variety of questions that might seem ridiculous or off-topic. In that way, the AMA is meant to mimic real conversation as opposed to a formal interview. Some Reddit AMAs can absolutely explode with thousands of comments, and reviews or recaps can make their way into other media. Here’s a great article from Mashable with tips on how to run your own successful AMA.

Live chats are a vibrant part of the Twitter platform. Because it’s such a fast-moving social network, powered by news and flurries of conversation, Twitter can be a great spot for rallying people around a certain topic and raising awareness. Grab as many influencers/Twitter friends as you can, promote the chat a few days in advance, pick a hashtag to hold the conversation together, and go for it. You can also give participants the chance to win a copy of the book that inspired the chat, as a great participation driver. Here’s a must-read article on hosting Twitter chats.

The new popular kid on the block (and a better option than the SXSW darling Meerkat), Periscope is a Twitter-backed live video app. Download the app to your phone, connect it to Twitter, and the app allows you to stream live video right from a Tweet. Jimmy Fallon uses it to stream rehearsals for that night’s monologue, and real estate agents use it for broadcasting tours of for-sale homes. Periscope is especially appealing for authors who are already fans of Twitter. Authors have done things like show off their writing space or live-stream from a book event. Viewers can add comments and ask questions throughout the stream. If you’re interested in hosting a Periscope, start here.

Ask Me Anything: How Authors Can Interact with Readers on a Variety of Platforms

Social media offers plenty of ways to interact with your readers. But one special way to build engagement with readers—whether they’re lifelong fans or have never before picked up one of...

With new social networks popping up faster than you can say Pinterest, it’s important to know which ones are worth your time and will give you maximum return on investment. By now, you’ve...