Making the Most of a Media Appearance 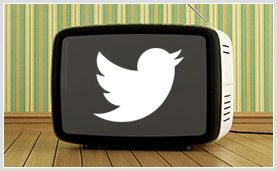 Media appearances are an important part of many book launches and a great opportunity to spread the word about your book. But being a memorable guest on radio or television involves more than just the interview itself. Use the social media you already have to magnify the impact of your appearance and make yourself a welcome return guest.

The keys to becoming a memorable guest on a radio or television program are, of course, to have something interesting to say that paves the way for discussion of your book, and to communicate well.  But you should also use your social media strategically before and after an interview to make sure you leave a good impression with a show’s host and producers. Many media outlets are as concerned about growing their social media presences as you are. It’s also not unusual for shows to look at a potential guest’s social media statistics when considering whom to book. Next time you’re booked on a radio or television program, consider doing some of the following:

1)      Announce your interview in advance to your followers. Either the day of or just prior to the interview, let people know that you’ll be on a live interview with The XYZ Show and tell them how to tune in.

2)      Use your platform to say thank you to the host of the program. Guests rarely say thank you off the air, and showing your appreciation goes a long way—maybe even all the way to a return invitation.

3)      Afterward, if a show sends you a link to the interview on their website, share it with your followers.  Programs pay attention to their web traffic. If your interview is getting good pick-up, they’ll take note.

4)      Did something interesting happen while you were on the air? Did a caller have a provocative question? Did someone share how your book impacted them? Was there a meaningful exchange with the host? Turn these positive moments into posts on your social media or blog. You might even ask your followers for their feedback. (Note: If something negative happened, use extreme caution in airing your grievances through social media.)

5)      No doubt you will have turned the on-air conversation toward your book. Did the host say something quote-worthy? Tweet it and share the link.

6)      If you regularly watch or listen to the show, demonstrate that by posting something you heard on the program at a later time. It will remind the producers and hosts that you’re out there and paying attention.

7)      Think about off-the-air opportunities. Some media outlets have guest blogs or run op-eds. Volunteer to write something original and then, of course, post it to your platforms too. They might even want to discuss it on the air.

Partnering with a show’s social media helps both of you find new followers. Demonstrating that you know how and are willing to communicate about your media appearances with your followers might even assist you in becoming a “go-to” guest, and create more opportunities to talk about your book in the future.

Beverly Rykerd is a Publicity Manager in the WaterBrook Multnomah Publishing Group.

All About Media Speaking Engagements

In December, we hosted a webinar on media speaking engagements with Craig Burke, Director and VP of Publicity for Berkley. He answered frequently asked questions about preparing for media speaking...

Everything You Need to Know about Organizing a Blog Tour

Blog tours can be a great way to drum up early excitement about your book’s release. But what are the benefits of a blog tour, and how can you start your own? Our publicists are here to answer...