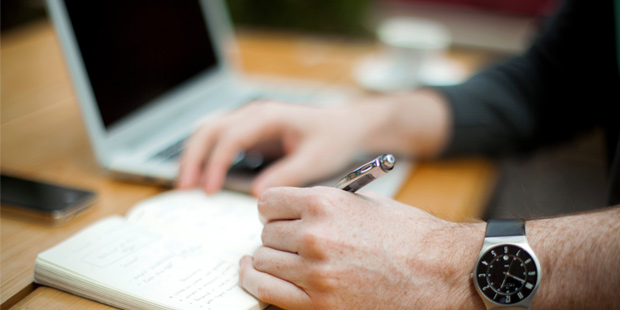 On Writing: Creating Characters and Maintaining Continuity in Writing

Whether you’re writing fiction or nonfiction, you can become immersed in telling a story and lose sight of details such as character traits, plot, chronology, and more. We asked authors to share anonymously how they develop characters and maintain continuity within the unique worlds they’ve created.

The process of creating characters differs vastly for each author and can even vary for the same author from book to book. While some authors begin with fully developed characters in mind, others allow characters to develop throughout their writing process.

Prisoners of the Mind Palace

“In Greek mythology, the goddess Athena sprang from Zeus’s head, fully grown. While my characters don’t appear with such dramatic flair, they do exist inside my head for a long time before I let them out. In truth, I keep them prisoners there until they are fully formed. It’s only when I know their story—their flaws and admirable qualities, what haunts them from their past, their favorite junk food, if they sleep on their sides or their bellies—that I ever type and let them breathe in print.”

“My characters typically come to me before the plot, and they often live in my head for a bit before I begin drafting. I usually have a clear image of a dominant facet of each personality and from there I tug on threads and develop those personalities, getting an overall sketch of who they are.”

“I let characters develop as I go. I really do think of writing and reading as kind of ‘getting to know you’ experiences. Usually I have a starting point: a few physical characteristics, but more important, some sense of what they want in life, or what’s troubling them. Sometimes these are invented out of whole cloth, but a lot of times there are aspects of people I know or have known in real life. That’s okay, because through the story they will typically become almost totally unrecognizable. They start to become their own unique people, with different sorts of problems and traits than their original inspirations.”

“I tend to get to know my characters through the writing process. It feels like getting to know real people until, by the end of the first draft, they’re as vivid to me as if they did exist in real life.”

For authors who develop their characters as they are writing, continuity can be a particular issue. Authors writing books with many characters, or series in which characters come and go, also face challenges in making characters look and behave consistently over time.

“I keep detailed notes of any and all factual matters, including such things as hair and eye color, height, birthdates, etc. Each time I write a book, I update each character’s ‘data file’ with any new information, even if it’s something as simple as their favorite food. It gives me a central location to go to, to double-check factual continuity.”

“I maintain character continuity by thinking my characters are real people. Each one has a history, a personality, and various events in his or her life that shaped him/her. I write autobiographies of the main characters and make many notes on the secondaries. When I have my character’s history solidly in my head, and keep track of how he/she develops throughout the series, each character will always behave consistently and not get off track, even when they have to react to highly unusual situations.”

“I’ve tried lots of things, from worksheets to simple ‘Notes’ documents where I list basic facts about characters as I invent them. But I often find myself making changes on the fly. A lot of times those initial notes wind up being totally inaccurate by the time I’ve gotten to the end of something. So what ends up happening is a lot of going back and making changes. It encourages me to really read everything very closely over again from the beginning, often many, many times throughout the process of writing the story, and constantly changing and updating things to reflect later decisions. I find that embracing this messiness can often lead to interesting things that you couldn’t have leaped to right away.”

“I write a cheat sheet on each character that includes a physical description. With each installment, I add details to that cheat sheet. In all honesty, timelines are the bane of my existence. Because I have made mistakes in that area in the past, I now do my best to make sure my timelines are accurate by printing out blank calendars and filling them in. This leaves less room for error.”

Put On Your Reader Hat

“Once I’ve finished the first draft, I read through the manuscript several times and each time I put my ‘reader hat’ on to flag any character actions or dialogue that seem inconsistent with the character I’ve portrayed in the book.”

Next month, we’ll check in with copy editors to learn about the role they play in ensuring continuity before a book is published and the techniques they use on the job.

We recently learned about the challenges authors face in maintaining continuity while writing. Fortunately, a key stage in the editorial process helps ensure that a book is, ultimately, the best...

For fiction writers, a critical part of building the world for your main character is introducing other interesting, authentic characters. In this article, our editors provide tips to strengthen...