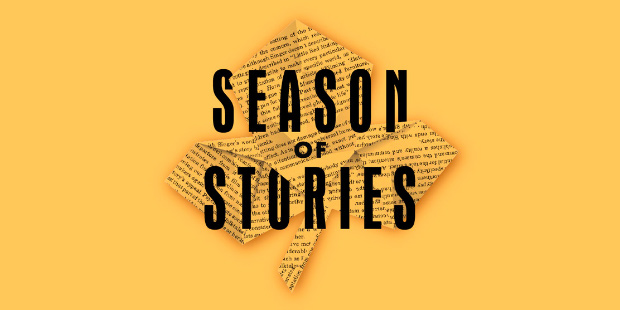 Serialized fiction has had a place in the literary canon for hundreds of years—perhaps thousands if we consider Scheherazade weaving cliff-hangers night after night to outlast her husband’s cruel marital policies. The enticing prospect of a story unfolding piece by piece adds suspense and intrigue to a narrative. In a digital world, online platforms offer the opportunity to develop serialized narratives and connect with readers in an exciting new way, giving them the chance to “tune in” to writing and build a simultaneous conversation around a story as it develops in real time. The trend is seeing a rebirth in new and perhaps unexpected ways, and Penguin Random House is joining in with a serialized storytelling event delivered to readers’ in-boxes.

A History of Keeping Readers Reading

When people think of the inception of serialized fiction, Charles Dickens and his Pickwick Papers often come to mind. Reportedly, the novel was Dickens’s favorite, and it was written and shared with the public in nineteen installments in just under two years. Each piece of the story cost a single shilling and the entire work was incredibly popular, surprising the twenty-four-year-old Dickens with sudden notoriety.

Today, serialization is more often found in the form of trilogies or series, particularly in the romance and sci-fi/fantasy genres. The widely popular Harry Potter, Twilight, and Fifty Shades of Grey books are all serialized tales, albeit in much longer installments and typically with years between publications.

The Digital World and Serialization

The Internet has provided a new opportunity for the rebirth of serialization. As our oversaturated digital lives move at breakneck speed, full-length books, presented all at once, can seem daunting to some readers. Authors have begun to find footing in publishing works in pieces on the Web. Andy Weir first published his book The Martian serially on websites, gathering thousands of captive fans who couldn’t wait for the next installment. The book went on to be published by the Crown Publishing Group and to become a New York Times bestseller and a movie starring Matt Damon.

Margaret Atwood is also no stranger to serialization. Her 2012 serialized novel Positron, which she published on the platform Byliner, later became the novel The Heart Goes Last, published by the Knopf Doubleday Publishing Group. Atwood is also known for her experiments in serialization on Wattpad, on which she co-authored a novel, alternating chapters with another writer.

In a mobile world, we are constantly on the go, with our devices along for the ride. Comscore reports that the average consumer spends two hours a day on their phone, and much of that time is spent in messaging: emailing and texting. How can the publishing industry bring stories to readers where they are now spending so much of their time? A few companies and publishers, including Penguin Random House, have developed their own solutions:

Daily Lit reaches readers by serializing long-form books and classics like Moby-Dick, sending readers a small section of the book at a time. Still, the sheer volume of segments needed to reach the full narrative could be overwhelming to readers. New companies like Serial Box publish e-only serialized books that they claim are ripe for binge-reading after a “season” ends.

A Season of Stories

At Penguin Random House, we strive to put the right book in the right reader’s hands and enhance opportunities for discovery while paying close attention to emerging platforms and trends. In October 2016 we launched Season of Stories, an eleven-week serialized reading event that delivers short stories to a reader’s inbox.  Readers can sign up to receive contemporary fiction  at no cost from acclaimed and award-winning authors published by Penguin Random House imprints.

Season of Stories aims to make inboxes more literary, presenting readers with a different short story each week. New stories begin each Tuesday and unfold in daily emails containing a portion of the tale, with the full narrative wrapping up on Friday. At the conclusion of each story, readers have the option to purchase the book in which the featured story appeared through the site, from their retailer of choice. The response to the program has been overwhelmingly positive and we’re currently exploring ways to expand it.

There’s still time to sign up for Season of Stories, which ends December 30, and receive almost a month of fiction to dive into while waiting in line, commuting, or even during a lunch break. Don’t miss it:

Alana Buckbee is Assistant Director of Community Development for Crown.

Season of Stories – Serialized Storytelling Delivered Right to Your Inbox

At Penguin Random House, we strive to put the right book in the right reader’s hands and to enhance opportunities for discovery while paying close attention to emerging platforms and trends....

Some writers outline their stories heavily, while others let the words and ideas flow as they come to them. In the end, there is no one-size-fits-all way to plot a story. Read on for some tips...