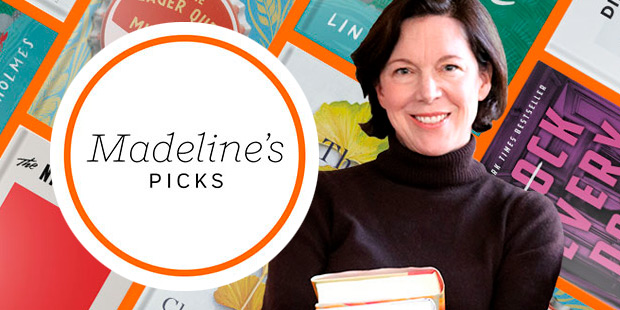 As we enjoy the remaining days of summer, here are some reading picks our U.S. CEO recently offered that transcend the seasons.

THE MOST FUN WE EVER HAD by Claire Lombardo (Doubleday)

“This is the novel I’ve been recommending to friends who are heading out on vacation: It’s the kind of family saga that screams out to be read, undisturbed, for hours on end. The four Sorenson sisters are so well developed on the page that I felt like I, too, was a member of the family, and I’ve missed them ever since I got to The End.”

“Colson Whitehead has done it again: This is a spare, brilliantly told story of the injustice and brutality of life in a boys’ reform school in the Jim Crow south of the early sixties. Whitehead is a master at keeping you with him on the page, even when the tale is hard. I can particularly recommend the audio edition of this one—J. D. Jackson’s reading is wonderful.”

“Stradal creates characters who live in a world where food (or drink) is itself a character. In the case of this new novel, it’s a question of beer, but so much more: two sisters, one farm, inheritance issues as related not only to the land but also to genes and family affections.”

“Say you were broke and alone and were invited to actually get paid to live in a legendary and historic New York apartment building. You’d say yes, right, even if there were some creepy rumors about what actually happens inside? You don’t have to have read Riley Sager’s other novels to know that what comes next is a juicy, spooky, thrilling ride.”

“Evvie is a young widow who doesn’t feel about her late husband the way everyone assumes she does; Dean is a former Major League pitcher who flamed out spectacularly. In small-town Maine, their friendship blossoms into romance, and you can’t help but love them both. This is the very best kind of smart romantic comedy, and another great read.”

“Alison Roman’s recipes have a habit of taking over the Internet—perhaps you’ve come across That Cookie or That Stew? As much as I love her savory recipes, and even though she claims not to be a dessert person, it’s indeed the desserts in this book that are my absolute favorites—particularly the Rhubarb-Almond Galette.”

When you’re the CEO of the biggest book publisher in the country, you’ve got a pretty long books-to-read list! Our undaunted leader/reader, Madeline McIntosh, gives us a peek at some of her...

As the end of 2019 approaches, we take a look back at major trends that resonated with readers this year. Keep reading to learn about some of the biggest PRH sales trends of 2019.   1)...