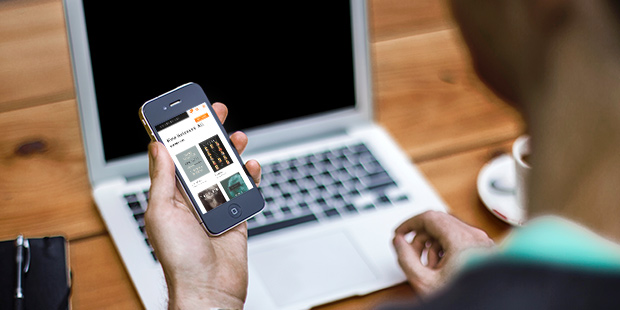 Retail and Book-Buying Insights from the 2016 Holiday Season

The end of 2016 provided valuable insights into trends we saw throughout the year, and a glimpse at what we might expect this year. Read on to learn about what happened across retail channels and in the book industry specifically, and what’s in store for 2017.

First, What Happened Across the Retail Landscape?

The National Retail Federation reported that holiday retail sales increased by 4 percent, exceeding both their forecast of 3.6 percent and the previous year’s gain of 3 percent. The increase was helped by higher wages, lower gas prices, and rising employment. But despite this good news, brick-and-mortar chains reported lower foot traffic, resulting in a difficult end to the year. Just last month, Macy’s announced they will close 68 stores and Sears announced they will close 150 stores, facing pressure as categories such as electronics and apparel move heavily online.

Print books saw a healthy end to the year, with BookScan overall publishers finishing up 3.3 percent in units sold, translating into 20 million more copies sold in 2016 than 2015. But the story for book sales is similar to the overall retail trend: the shift to online continued, with bookstores facing challenges.

The question publishers used to ponder was print versus digital; now the question has become brick-and-mortar versus online. According to this report, more than 40 percent of all print books purchased in the United States are bought online.

Let’s examine a few other events in 2016 and their effects on the book industry.

Although it was widely reported that the U.S. election would adversely affect book sales—with more readers tuning into the news or otherwise distracted—the data showed a different outcome. In the two months leading up to the general election, Bookscan reported increased units sold in 2016 versus 2015.

Since the election, dystopian books such as The Handmaid’s Tale, 1984, Animal Farm, and It Can’t Happen Here have seen huge increases in sales. Some indie bookstores are capitalizing on the energy around election-related topics (e.g., politics and social justice) to restructure store displays and bring certain books to the forefront—and they’re seeing increased sales as a result.

Amazon continued its online retail dominance during the 2016 holiday season, racking up more than 38 percent of all online transactions across categories, according to research firm Slice Intelligence. It has now supplanted Walmart as the second-biggest retailer for electronics; it’s poised to overcome Macy’s as the biggest clothing retailer in 2017; and it’s seeing sales growth in more niche categories, such as pet supplies.

So, what about books? According to a recent report, in 2016 the retailer grew sales by 15 percent for traditionally published print books. This growth came at the expense of book chains, mass merchandisers, airport bookstores, and other online retailers—all of which experienced declines in book sales. Regarding ebooks, Amazon’s sales grew 4 percent overall compared to 2015, mainly driven by low-priced books from self-published authors and Amazon imprints.

Amazon additionally announced plans for a bookstore in Manhattan, with more planned in Chicago, Massachusetts, and New Jersey.

Holiday sales in 2015 were hugely propped up by a new(ish) fad in publishing: the adult coloring book. Bookscan estimates that more than 12 million units were sold in 2015—a big jump from the 1 million sold in 2014. Touted as stress relievers and gateways to unlocking creativity, titles such as Lost Ocean and Outside the Lines massively drove holiday sales in 2015 as the perfect gift for friends and family. What happened in 2016? . . . The fad didn’t disappear, but sales did slow down.

Amid a definite shift from physical stores to online retail, in a surprising twist, independent bookstores saw a positive end to 2016, with more than 5 percent growth in sales compared to 2015. Not only are more stores opening—the American Booksellers Association reported a seventh straight year of increased membership—but stores that have shuttered are inspiring others to open in their stead. With a sustained emphasis on personal connection, curated selections, and author events, independent bookstores are set up for a similarly successful 2017.

With most Americans still reading books—according to this recent Gallup poll—2017 looks to be another stable year for publishing. However, the publishing industry faces challenges as physical shelf space diminishes and more readers look online for their next book. This shift to online retail requires a focus on optimizing books for discoverability and search, in an effort to better surface titles across e-tailers and search engines. Improving metadata such as web copy, keywords, and BISAC codes will continue to be a focus in 2017, in addition to digitizing manual processes and, always paramount, publishing excellent books.

Looking Back on the State of Retail in 2020

It’s safe to say that 2020 was a challenging year for retail. With unprecedented circumstances to navigate, specialty stores, department stores, and local shops have all faced severe challenges...